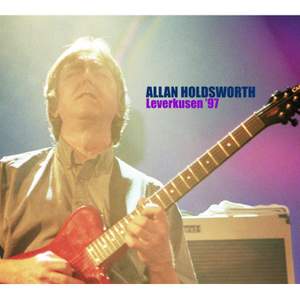 In this performance from the Leverkusen Jazztage Festival in Leverkusen, Germany, Allan Holdsworth is accompanied by Chad Wackerman on drums and Dave Carpenter on Bass. Chad Wackerman not only wrote some very personal liner notes on the package, but also did an interview that is a DVD extra. The Performance of LEVERKUSEN '97 was beautifully recorded and filmed and was originally broadcast on German Television. The sound quality of the audio and the picture quality of the video are both amazing and were digitally remastered from the original tapes. Features: Historic 1997 performance at the Leverkusen Jazztage Festival. CD & DVD digitally remastered from the original tapes. Bonus DVD Extra interview with Chad Wackerman.