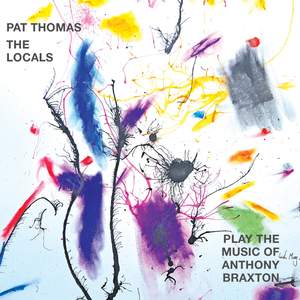 An exciting live performance recorded at the Konfrontation Festival, Ulrichsberg in 2006, featuring six early compositions by Anthony Braxton arranged for the band by Pat Thomas. When Discus Music asked Pat what recording he had in his personal archive that he would most like to see released, this one was Pat's choice. On first thought, the idea of arranging Braxton's angular and complex melodies for a funk based band might seem like an off the wall idea. But Pat didn't become a first call improviser in a massive range of playing situations worldwide by making obvious moves. Pat's arrangements allow Alex Ward's stratospheric clarinet to fly over the band's churning grooves, and much excitement was generated in the process - as can be heard from the wild audience response! The Locals: Pat Thomas: piano, melodica Alex Ward: clarinet Evan Thomas: electric guitar Dominic Lash: electric bass Darren Hasson-Davis: drums