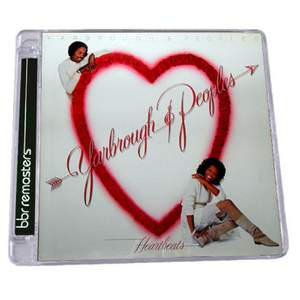 Yarbrough & Peoples second album, Heartbeats was released through Total Experience Records in 1983, due to producer Simmons securing a distribution deal with Polygram for his label during the previous year. Commercially Heartbeats perhaps suffered from second album syndrome because of the great success of debut LP The Two Of Us (CDBBRX0195) and the three year gap between releases. Peaking at #25 R&B the album, which also provided 2 R&B hit singles, picked up from where the debut had left off with Simmons trademark slick, mid-tempo production style.