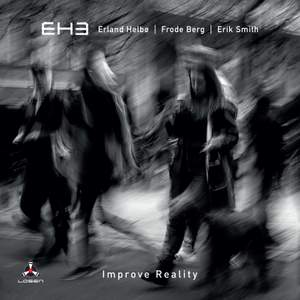 These Aren't the Droids You're Looking For

The Guys Over There

Funky and hard hitting old-fashioned jazzrock for the 2020's and reminiscent of Terje Rypdal, Gary Moore, Jeff Beck and other in earlier decades. From a trio of: Erland Helb (guitar), Frode Berg (bass), Erik Smith (drums). "This release has a potential for everyone that has been missing the real, honest and hard hitting jazz-rock and fusion for some while." - Rock Central, USA The music from this Norwegian trio is well within the genre of jazz-rock, with emphasis on compositions by guitarists Erland Helbo and bassist Frode Berg. The musical expression has influences of musiciuan like Mike Stern, Tribal Tech, Allan Holdsworth and Pat Metheny, but also clear references to Terje Rypdal and Jon Eberson; in short, a wide and deep span between John Coltrane and Jimi Hendrix. The tonal language and harmonies are often drawn from the jazz traditions, while rhythm and aesthetics are found in the legacy of rock and funk music. At the core is a solid classic guitar tone, but electronic sound effects are used both obvious and subtle to create variety in the soundscape.