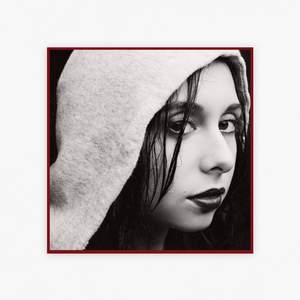 Veronica Swift’s second album for Mack Avenue is an eclectic, unforgettable delight, with the singer’s out-and-out virtuosity perfectly matched by a band that can take the music in any direction... — Jazzwise, March 2021, 4 out of 5 stars More…

Lee Adams, Charles Strouse: How Lovely to Be a Woman

Rodgers, R: You've Got to Be Carefully Taught

Rodgers, R: Getting to know you (from The King and I)

Bob Dorough: You're the Dangerous Type

Carole King, Gerry Goffin: He Hit Me (And It Felt Like a Kiss)

Bart: As Long As He Needs Me

Jimmy Van Heusen, Sammy Cahn: Everybody Has the Right to Be Wrong

Recording of the Week,  Veronica Swift highlights the ills of society on 'This Bitter Earth'

Vocalist Veronica Swift's second record with Mack Avenue tackles some much wider-spread themes such as sexism, racism and misinformation on her excellent follow-up to 2019's Confessions.

Whereas Veronica Swift’s 2019 Mack Avenue Records debut, Confessions, contained songs that played out like pages from her personal diary, on the captivating follow-up, This Bitter Earth, she flips by crafting an ingenious song cycle that tackles sexism ('How Lovely to Be a Woman'), domestic abuse ('He Hit Me'), environmental issues, racism, xenophobia ('You Have To Be Carefully Taught'), and the dangers of fake news ('The Sports Page'). The singer-songwriter gathered material that covers multiple genres, including jazz, American musicals, and contemporary indie-rock fortifying her position as a leading force in genre-bending song presentation.

“I want this album have two separate approaches,” states Swift. "I wanted to start with women’s place in society now and how it's changing. During the second half, I wanted to address other ailments in the world, whether it’s racism or fake news. But I don’t take any political stances. I’m very clear with my audience that as an artist I just want to address certain issues as an outsider looking in.”

Veronica Swift’s second album for Mack Avenue is an eclectic, unforgettable delight, with the singer’s out-and-out virtuosity perfectly matched by a band that can take the music in any direction they please.

Veronica Swift is a woman of many voices, and she uses every one of them to refract a dizzying kaleidoscope of moods on This Bitter Earth, the follow-up to 2019’s Confessions. As on that earlier work, Swift digs deep into the American songbook to reveal new, often surprising truths.