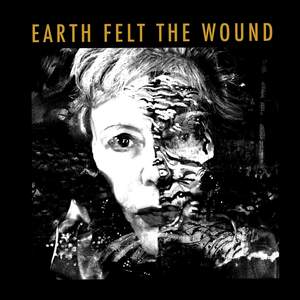 Kate Westbrook returns with the Granite band that so powerfully debuted with the album of that name. But where Granite was an evocation of the terrifying beauty of Westbrook’s beloved Cornwall,... — Jazzwise, October 2020, 4 out of 5 stars More…

Westbrook: The Streams of Lovely Lucienne

Westbrook: Drowned in the Flood

Rossini: Once Upon a Time

Hard on the heels of her "epic and groundbreaking" 'Granite' album, Kate Westbrook and the Granite Band - including husband and British jazz legend Mike - are back with a vengeance. Recorded at singer Joss Stone's studio in the depths of the Devon countryside, 'Earth Felt the Wound' deploys state-of-the-Art recording to stunning effect and draws from Kate perhaps her greatest vocal performance to date.

The songs of 'Earth Felt the Wound' range from hard-hitting truths about the perilous state of the natural world - "Threat of Natural Disaster", "Storm Petrel" - to the tenderness of the ballad "Once Upon a Time". The album opens with one of the Westbrooks' most lyrical songs, "The Streams of Lovely Lucienne" and concludes with the joyfully comical "Rooster Rabelais". Kate's original texts deal with contemporary issues of climate change and the destruction of the planet, with poetry, wit and irony.

Musically Mike and Kate Westbrook still don't acknowledge boundaries. They ensure that there are excursions into outright rock, chanson, jazz and even opera, all brought together with that unmistakable Westbrook sound. With the Granite Band they have assembled a company of brilliant young musicians. 'Earth Felt the Wound' takes their creative collaboration with producer Jay Auborn to new heights.

Kate Westbrook returns with the Granite band that so powerfully debuted with the album of that name. But where Granite was an evocation of the terrifying beauty of Westbrook’s beloved Cornwall, Earth Felt The Wound takes similar themes – of Nature huge, indifferent and mortally wounded by man – and expands them to epic, Miltonesque, scale.