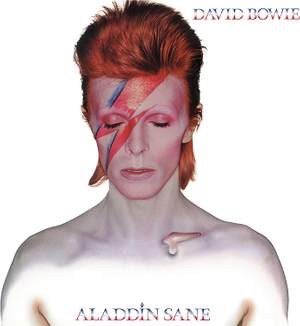 Let's Spend the Night Together 3.10

Sixth studio album by the acclaimed British musician. Originally released in 1973, the album is the follow-up to his breakthrough 'The Rise and Fall of Ziggy Stardust and the Spiders from Mars'. Preceded by the singles 'The Jean Genie' and 'Drive-In Saturday', 'Aladdin Sane' was Bowie's most commercially successful record up to that point, peaking at No. 2 on the UK Albums Chart and No. 17 on the US Billboard 200.