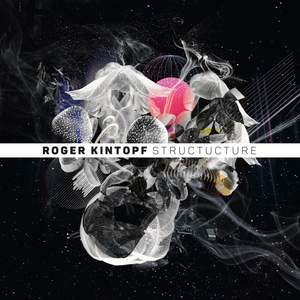 In his liner notes for "Structucture", the Vibraphonist Christopher Dell makes comparisons with the Gerry Mulligan Quartet (with Chet Baker) and the Jimmy Giuffre 3 (with Bob Brookmeyer). Like the two legendary ensembles, Kintopf and Co. also dispense with harmony instruments. Instead, they bet on the melody. The compositions are based on strong structures, rhythms and harmonies, which drive the two saxophonists Victor Fox and Asger Nissen into a vibrating, exciting game of deception, at the end of which the two horns act once with each other and then again against each other and sometimes even sound like one instrument. This is precisely why Felix Ambach and Roger Kintopf cannot be reduced to the role of a mere rhythm group in any phase. They participate in the musical process every millisecond and consequently create the basis for a playing attitude in which the overall sound of the band and the freedom of each individual are both equally in the foreground.

The basis for this consists of eight finely structured songs composed by Roger Kintopf. For example, "Frostburn" demonstrates to Christopher Dell "how the superimposition of a 7/4 bar and a 6/8 feeling provides a special rhythmic grid. A counterpoint theme unfolds on it, which despite actually being a broken phrase brings the ostinato back into the melodic as a modular structure." Roger Kintopf, Asger Nissen, Victor Fox and Felix Ambach (drums) only at most suggest speed modulations, such as in "Damn Good Coffee". Due to the extremely variable handling of the instruments, new timbres are constantly created in this way. Those who listen closely to "Structucture" will set off on an exciting, delightful auditory journey full of exciting moments. This is how the jazz of the 2020 generation sounds: young, challenging and approachable as well as emotional despite its intellectual aspects.