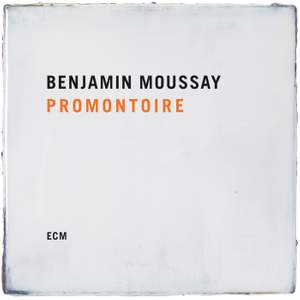 After three acclaimed ECM recordings with Louis Sclavis (Sources, Salt and Silk Melodies, and Characters on a Wall), each of them attesting his improvisational resourcefulness, French pianist Benjamin Moussay was invited to record a solo album.

Promontoire is the result, a thoughtful, reflective and profoundly lyrical album that is both a strikingly original statement and an admirable addition to ECM's distinguished solo piano series. Produced by Manfred Eicher, and recorded at Studios la Buissonne in January 2019.