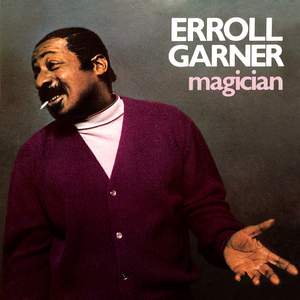 (They Long to Be) Close to You

It Gets Better Every Time

Someone to Watch Over Me

I Only Have Eyes for You

Grill on the Hill

The eleventh album of the Erroll Garner 'Octave Remastered Series' is here - a collection of music that is among the most important in the history of jazz. One new remastered album will be released each month through until June 2020.

The selections Garner committed to tape in the fall of 1973 include what may be some of his best original compositions, alongside a series of timeless contemporary takes on American Songbook classics. Though it would turn out to be the final studio album of his life, it makes clear that Garner was continuing to innovate on his distinctly individualistic style, and surely would have for decades to come.

"He showed through his talent and sheer creativity that joy and happiness have an equal right to be expressed in jazz." - Jazzwise

"The release of vintage recordings can lead to a reassessment and deeper appreciation for an artist's career, and that certainly has been the case with pianist Erroll Garner." - DownBeat