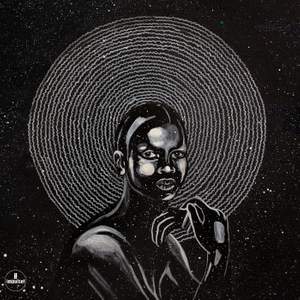 We Are Sent Here By History

The narrative theme of this set of pieces is literally post-apocalyptic: the End of Days has already happened, so what happens next? It’s at this point that we begin to address the extraordinary... — BBC Music Magazine, August 2020, 5 out of 5 stars More…

Shabaka Hutchings: They Who Must Die

Shabaka Hutchings: The Coming Of The Strange Ones

Shabaka Hutchings: We Will Work (On Redefining Manhood)

Shabaka Hutchings: Teach Me How To Be Vulnerable

Recording of the Week,  Shabaka & The Ancestors - We Are Sent Here By History

Josh immerses himself in the prophetic messages of Shabaka and the Ancestors.

The project was formed in early 2016, leading to their debut album later that year ‘Wisdom of Elders’; a document of sessions combining Hutchings with a group of South African jazz musicians he’d long admired. His connection to the group was Mandla Mlangeni (bandleader of the Amandla Freedom Ensemble), whom he’d flown there to play with over the past few years.

‘We Are Sent Here by History’ is a meditation on the fact of our coming extinction as a species. It is a reflection from the ruins, from the burning. A questioning of the steps to be taken in preparation for our transition individually and societally if the end is to be seen as anything but a tragic defeat. For those lives lost and cultures dismantled by centuries of western expansionism, capitalist thought and white supremist structural hegemony the end days have long been heralded as present with this world experienced as an embodiment of a living purgatory

The narrative theme of this set of pieces is literally post-apocalyptic: the End of Days has already happened, so what happens next? It’s at this point that we begin to address the extraordinary music itself, which is uncontainable in its energy, gravity and the sense of indefatigable potential that it can’t help but generate…Irresistible.

We Are Sent Here by History is final proof that Hutchings is a modern jazz prophet; he sees the past as merely a jumping-off point for exploration, not only in music but in philosophical concepts, cultural theories, and spiritual precepts as an aesthetic. With the Ancestors he goes further toward creating a holistic new jazz than with any of his other ensembles.

In places there is a harder polyrhythmic surge as the tight entwining of Shabaka Hutchings’ tenor saxophone and Mthunzi Mvubu’s alto is a central point of interest, though the solidity of a rhythm section that is well anchored by Ariel’s Zamonsky often concise, punchy ostinatos is notable.

On what is now Shabaka’s third release in the Impulse! Records catalogue, The Ancestors continue the tradition of fellow spiritual jazz legends and labelmates like Alice Coltrane and Pharaoh Sanders, while also further cementing the saxophonist as a mainstay in the UK jazz scene, even if his accompanying ensemble hail from over 8,000 miles away.