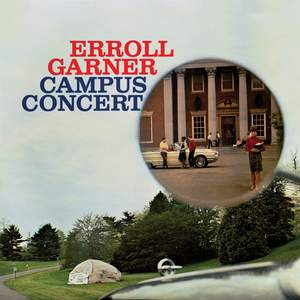 Lulu's Back in Town (Live)

These Foolish Things (Remind Me of You) (Live)

In the Still of the Night (Live)

The Octave Remastered Series represents the heart of Erroll Garner's recorded catalogue. Spanning 12 albums recorded and released between 1959 and 1976, this collection of music is among the most important in the history of jazz. It represents an artist in his prime, with full creative and commercial control of his output following his break with Columbia Records. All of these albums were owned by Garner's Octave Records and licensed for release on a variety of iconic labels, including MGM, ABC, Philips, Mercury, Reprise, MPS, and more. Over 20 years ago these albums were bundled on to double album CDs and released by Telarc in a 6 CD box set. While this was appropriate for the era, this repackaging of Garner's discography caused some material to be cut for time. It is now time to untangle his discography and restore each of these 12 records to their original artistic statement. The series will include newly restored transfers of the original master tapes, painstakingly remixed and mastered by Octave's GRAMMY winning team of producers and engineers. The restoration process includes the groundbreaking Plangent process that corrects the speed and pitch inconsistencies introduced by tape machines, and delivers Garner's pristine performance as it was meant to be heard. The original artwork has also been restored by Octave's award winning design partners White Bicycle. In addition to each classic record, Octave has chosen to include newly discovered previously unreleased bonus material from the Garner catalog in each release including new Garner compositions and extended musical introductions. This is the final live concert album released by Erroll Garner during his lifetime. It showcases the pianist in rare form, flanked by his classic trio and performing for an attentive and receptive audience of mostly young fans. This new edition includes a previously unreleased version of his rarely recorded "La Petite Mambo," as well as fully restored musical introductions from the original masters.