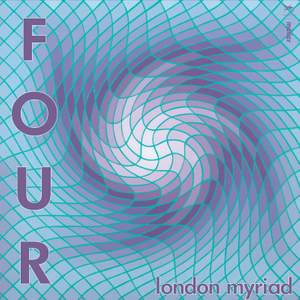 II. In a Helicopter

III. In a Bath-Chair

Tuneful, exciting, peaceful, humorous, fascinating – music for woodwind ensemble can be all of these and this new album presents serious and lighter pieces of impressionist and post-Romantic inclination from the 20th century. It includes the premiere recording of the beautiful Suite en Quatre by French female composer Claude Arrieu.

FOUR is a project that represents the beginning of a longer journey for London Myriad. It is the first of an audio pair: one which champions existing music and one which carves out new repertoire for wind quartet. The second recording of the pair will be a commission of new works for the same combination and will be realised in the future as FOUR|2. The woodwind quartet in particular provides a unique opportunity for composers to closely explore the individual and very different characteristics, timbres and ranges of each of the four instruments, offering a diverse and evocative scope of compositional colours.

Here, from the beautifully textured quartets by Arrieu, Bozza and Françaix to the whimsical Travel Notes by Richard Rodney Bennett, the ensemble provide joyful and brilliantly performed pieces that will be appreciated by all.

London Myriad was formed in 2004 by a group of young musicians from the London colleges and fifteen years later its members all share a continued passion for chamber music. It was formed as a diversifying ensemble with a wind quartet at its core and over the years the group has performed a broad range of repertoire ranging from duos to nonets with programmes which have also included strings, harp, piano and narrator in recitals and concerts both in the UK and abroad.

A fragrant bouquet of works, each with a personal association...Freire’s take on the ferociously taxing Albéniz ‘Navarra’, though still slightly laboured compared to Alicia de Larrocha’s (Decca), has enough sunshine to make up for anyone’s vitamin D deficiency.

Much delightful music, plus top class wind playing from this young ensemble.