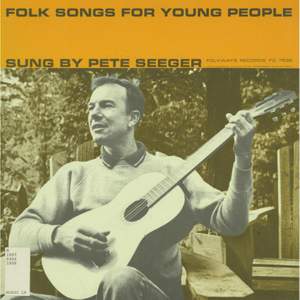 Pete Seeger has become an American tradition right along with the songs he sings. This recording, first released in 1959, captures and conveys Pete's personal warmth, engaging style, and ability to educate children while entertaining them. He sings old favorites such as "On Top of Old Smokey," "Skip to My Lou," and "John Henry," introducing them as songs "you never hear on the radio,...on jukeboxes,...or on TV...Just ordinary songs which one person teaches to another." These songs have endured as part of the American soundscape partly because of Pete's tireless dedication to their preservation. This album gives a whole new generation of children the opportunity to learn and sing these classic American folksongs. Appropriate for children ages 5 and up. This recording received a 2002 Parents Choice Recommended Award.