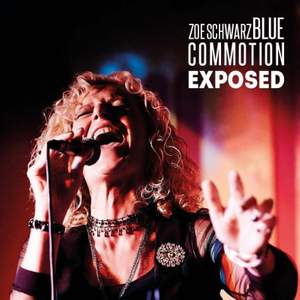 Zoe Schwarz and her highly accomplished band have been on an intense, exciting and creative journey, the two-and-a-half years prior to releasing this album. This, the band's third album in that short space of time, once again features the varied and dynamic writing of Zoe and guitarist Rob Koral. <p>All thirteen songs showcase the distinct elements of the band: Zoe's yearning, passionate and commanding vocal style, Rob's distinct and easily recognisable touch and flow on guitar, Pete Whittaker's sensitive accompaniment and virtuosic solos on Hammond organ, drummer/percussionist Paul Robinson's massive authority and groove, and Si Genaro's flamboyant harmonica playing.</p> <p>"A whip-crack band and a six-foot blond clad in black with bling...Zoe's expressive voice and a confident band with impressive material." - Pete Feenstra, Classic Rock Presents The Blues Magazine, Feb 2014</p> <p>"Zoe and her band have reached the point where they cannot be ignored and are poised to make the international breakthrough they deserve." - The Bishop, Blues Matters, Jan 2014</p>