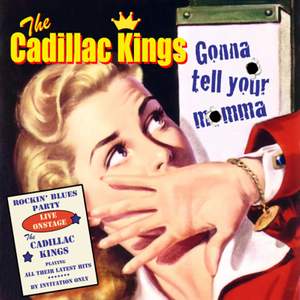 The third and latest album from The Cadillac Kings on 33 Records was recorded live in Norway. Featuring some of the UK's top blues and roots musicians, the Cadillac Kings are probably the favourite band on the UK and European Jump Jive scene. Inspired by the sounds and styles of the '40s & '50s with a distinctly modern take lyric-wise, this is a band with a reputation for wowing their audiences, from intimate clubs to major festivals, from theatres to dance-halls, the length and breadth of the UK and Europe. Along the way the band has picked up numerous awards including The Times' best blues CD of the year 2004 for 'Highway 17' (33WM131) and Canada's Real Blues Magazine's award for best UK blues act and CD 2009 for 'Trouble in Store'(33WM145). 2012 not only marks the band's tenth anniversary but also signals their strongest ever line-up, featuring two of the UK's very best blues instrumentalists - harmonica great Gary Potts, and the brilliant west coast-style guitarist Mal Barclay.