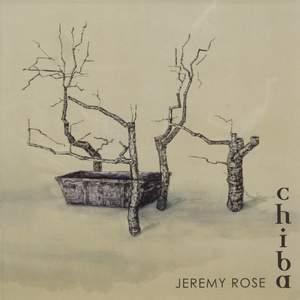 'Chiba' is the debut recording for Sydney saxophonist Jeremy Rose. Recorded in Oslo, Norway, the project was formed with members he met during his studies at the Norwegian Music Academy. The band features Jeremy alongside guitarist Kim Johannesen, bassist Adrian Myhr and Australian drummer Alex Masso. Saxophonist Jeremy Rose has been described by veteran pianist Mike Nock as 'one of Sydney's most outstanding bandleaders and composers,' and was awarded the 2009 Bell Award for Young Australian Jazz Artist of the Year. His extensive travels have included regular visits to New York, Tokyo, London as well as attending the 2009 Banff International Workshop in Jazz and Creative Music in Canada. The music is indicative of Rose's broad influences and experiences, drawing on the lyricism of Bill Frisell and the harmonic language of Wayne Shorter. His melodic compositions create a broad palette of innovative sounds and ideas that invite the players to a common meeting point. Personnel: Jeremy Rose (alto saxophone), Kim Johannesen (guitar), Adrian Myhr (bass), Alex Masso (drums)