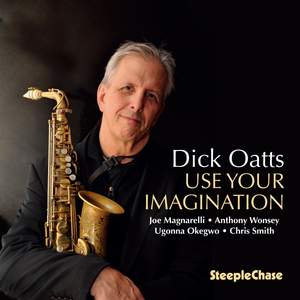 Dick Oatts' sensitive and cerebral approach to music enhanced by his "monster chops" is manifested here again on his eleventh leader album on SteepleChase, whoch features seven original compositions plus Cole Porter's "Use Your Imagination".

Jazz critic Owen Cordle once described Dick Oatts as "an uncompromising jazz musician, one who possesses monster chops without trumpeting them." Dick Oatts has, since his move to NYC in the late 70s, been one of the most sought-after soloists on alto sax on both the NY scene and the international stage.