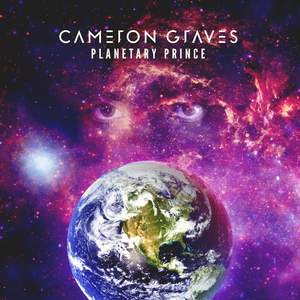 The End of Corporatism

The release of Kamasi Washington's 'The Epic' marked a seismic shift in the jazz landscape and the game-changing arrival of the genre-blurring Los Angeles collective West Coast Get Down. That evolution continues with the release of 'Planetary Prince', the debut album by visionary pianist, keyboardist, composer and WCGD founding member Cameron Graves, featuring Kamasi Washington and Thundercat.

'Planetery Prince' is packed with the same mind-expanding invention that marked all of the work previously generated by the WCGD - including 'The Epic' (which prominently featured Graves throughout its three discs). These releases have marked a seismic shift in the jazz landscape and the game-changing arrival of the genre-blurring Los Angeles collective West Coast Get Down blending elements of Jazz, Classical, Rock and Hip-Hop.

The core of the band is made up of fellow West Coast Get Down members: tenor saxophonist Kamasi Washington, trombonist Ryan Porter, bassist Stephen "Thundercat" Bruner, and drummer Ronald Bruner Jr. To their ranks are added trumpeter Philip Dizack and bassist Hadrien Feraud, both key members of the groundbreaking modern L.A. jazz scene.

All of the songs from 'Planetary Prince' share the same cosmic perspective. Most notably "Andromeda" was sparked by striking images of the Andromeda Galaxy, sister galaxy to the Milky Way and Earth's closest neighbor in the universe. "Isle of Love" is an imagined destination populated by a race of pure love. "El Diablo" takes a slightly more playful approach to the ferocious rhythmic churn of "Satania," this time anchoring it with a buoyant, elastic groove and unleashing Stephen "Thundercat" Bruner for a supernova solo. Finally, "End of Corporatism" asserts a political message by way of a bristling, abstract funk that highlights the interplay of Graves' fleet, fluid keyboard skills and the supple power of his bassists.

"Cameron Graves is a musical genius. He has an innovative approach to the piano that is completely unique. Cameron's new album 'Planetary Prince' is an amazing and almost unbelievable combination of modal jazz, romantic era European classical music, and mathematical death metal. A style so cool that it deserves it's own genre. Cameron's music has been inspiring me since I was thirteen years old and it still does today! I'm so glad he's sharing it with the world!" - Kamasi Washington