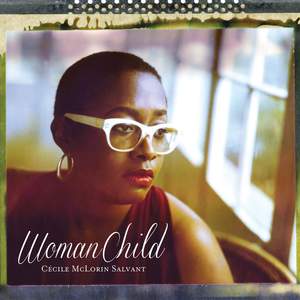 Rodgers, R: I Didn't Know What Time It Was

Coslow: You Bring out the Savage in Me

Clarence Williams, Billy Mol: Baby Have Pity on Me

Harry M. Woods: What a Little Moonlight Can Do

Vocalist Cecile McLorin Salvant blends the sounds and styles of modern jazz with a complete command of the classic blues and early American vocal tradition. She draws on little-known songs spanning centuries of American music that aren't recognized as standards, but "should be, because they are so beautifully crafted."

On the album, Cecile's repertoire ranges from the 19th century ballad "John Henry," refreshed in a spirited up-to-date arrangement, to her own 21st century waltz "Le Front Caché Sur Tes Genoux". She is joined by a world-class band that shares her concern for creating jazz of today by drawing on vibrant traditions of the past including pianist Aaron Diehl, bassist Rodney Whitaker, guitarist James Chirillo and master drummer Herlin Riley.

Born in Miami to a French mother and Haitian father, McLorin Salvant's first language was French. She bypassed all the US conservatories and jazz schools, heading instead to France to study where, before returning to the US, she performed and recorded with reed player and teacher Jean-François Bonnel's quintet. By the time she returned to the US she was able to draw on this unusual set of formative experiences to shape a personal style of jazz singing that won her first place in the prestigious Thelonious Monk International Jazz Competition in 2010.