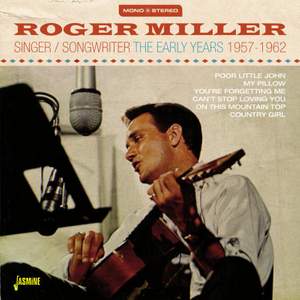 This is a unique look at the work of Roger Miller who as well as being a country superstar in his own right he was also one of the genre's greatest songwriters. This superb 2CD set is split between his own recordings and his compositions for other country artists of the 50s and 60s. Disc 1 contains his earliest recordings and contains the original version of Fair Swiss Maiden which was later recorded by Del Shannon as The Swiss Maid and reached # 2 in the UK charts. Disc 2 is a veritable who's who of country stars with the likes of George Jones, Jim Reeves, Faron Young, Rex Allen and more. Includes fully detailed liner notes.