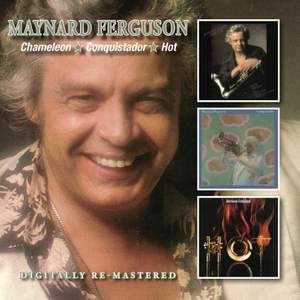 Three more Ferguson albums from BGO dating from 1974, 1977 and 1978, originally released on Columbia 'Conquistador' featured 'Gonna Fly Now (Theme from "Rocky")' which was a US Top 30 hit, and the album spent 26 weeks on the Billboard album chart. 'Hot' was also a Top 20 album With Bob James producing, Ferguson's 70s albums were extremely commercially successful, no mean feat for a jazz trumpeter Digitally remastered and slipcased Extensive new notes by Charles Waring