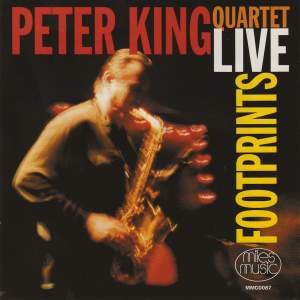 With a style firmly rooted in bebop, King’s stature as an artist has grown enormously since his days as a juvenile jazz phenomenon. In a hugely successful career, he has performed with Georgie Fame, Stan Tracey, John Dankworth, Tubby Hayes, Everything But The Girl and many others. ‘Footprints’ captures King and his quartet live at the Pizza Express Jazz Club in July and September 2002.