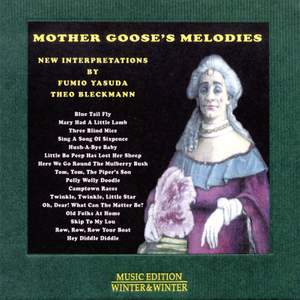 trad.: Sing a song of sixpence

trad.: Here we go round the Mulberry Bush

trad.: Oh Dear! What Can the Matter Be?

trad.: Skip to My Lou

Adults love nursery rhymes Fumio Yasuda and Theo Bleckmann have put new faces on the world famous songs of Mother Goose. Mother Goose (published for the first time by Charles Perrault under the French title »Contes de ma mère l’Oye« in the late 17th century) is a literary character of nursery rhymes and fairy tales, which are specially but not only known in the United States and the Commonwealth countries in the present time.