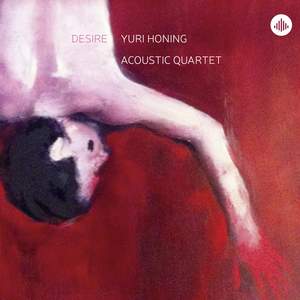 Honing had his first major success in 1996 with his album 'Star Tracks', which comprised recordings of pop songs as an alternative to the American Songbook. The album became a hit in the Netherlands and Germany, and gained significant notice in the UK as well. The album contains songs by Abba and The Police among others. Subsequently he has performed/recorded with Paul Bley, Gary Peacock, Paul Motian, Charlie Haden, Pat Metheny and Vince Mendoza, amongst others.

His quartet on 'Desire' includes the Dutch pianist Wolfert Brederode, who has recorded two albums as a leader for ECM Records, alongside Icelandic double bass player Gulli Gudmundsson and Dutch drummer Joost Lijbaart.