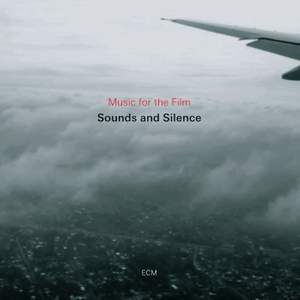 Music for the Film

Since the film of ‘Sounds and Silence’ was first screened in 2009, ECM has been deluged with requests for a soundtrack album, so the label is making this available simultaneously. Where the film shows the process of music-making, ‘Sounds and Silence: Music for the Film’ includes the music in its completed/produced form. There are two exciting exceptions – tracks from Greek film composer Eleni Karaindrou and orchestra live in concert in Frankfurt with saxophonist Jan Garbarek and viola player Kim Kashkashian as guests – these pieces have not previously been available on CD.

‘Sounds and Silence: Music for the Film’ is effective both as “film music” and as a highly effective and desirable ECM anthology in its own right. It presents pieces by some of ECM’s best-loved artists, among them Arvo Pärt, Dino Saluzzi, Anouar Brahem, Marilyn Mazur, and Nik Bärtsch. There is music from Puccini’s Tosca gloriously transformed by Natale Arnoldi for Gianluigi Trovesi’s All’Opera: Profumo di violetta project, and by Giovanni G Kapsberger, performed by Norwegian lutenist Rolf Lislevand and his Nuove Musiches group. And Keith Jarrett plays Reading of Sacred Books by Georges I. Gurdjieff.