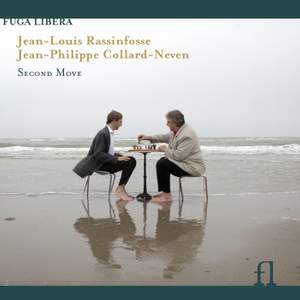 Legrand: You must believe in Spring

Jean-Philippe Collard-Neven: Waiting for Her

Jean-Louis Rassinfosse and Jean-Philippe Collard-Neven had always been in the limelight when their first joint CD was published (FUG602, Regency's Nights). One was a successful jazzman, the other a distinguished zealot of contemporary music. The question was: how would the public react? In actual fact, the chamber version of jazz proposed by one of the most endearing bass- players and by one of the most subtle pianists on the scene scored a direct hit. Chet Baker's partner and the ruthless explorer of new repertoire unite in a duo of complicity, warmth and endless care for a sound that reveals uncensored emotions. Hence the acclaim, reviews and rewards in both the classical and the jazz press. Here they are again for a new exploration into the universe of ethereal sounds, tenderly communicating their pleasure irrespective of whether they revisit Michel Legrand, Johannes Brahms or Antonio Carlos Jobim.