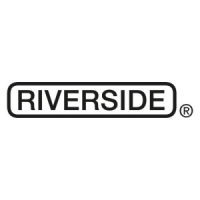 Riverside was an American record label founded by Orrin Keepnews and Bill Grauer Jr., active from 1953 to 1964. Early Riverside releases mainly comprised of reissues from artists like Jelly Roll Morton, Ma Rainey and King Oliver, but by the mid-50s the label started signing on contemporary jazz players like Thelonious Monk, Cannonball Aderley, Charlie Byrd, Wes Montgomery and Bill Evans. Many of these new jazz recordings were produced by Keepnews, while Riverside also produced numerous folk records.

Riverside filed for voluntary bankruptcy in July 1964, following the sudden passing of Gauer the December before. Nowadays, Riverside is distributed by Fantasy Records, which is owned by Concord Records.

With his second album, Everybody Digs Bill Evans, the pianist re-invented the role of his instrument in jazz. Over 60 years later it remains as fresh as when it was first released, and is the ideal first step into Evans's discography.