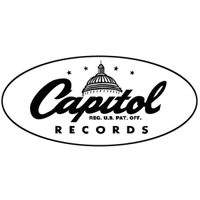 Capitol Records was founded in 1942 as one of the first major west coast-based record labels, its distinctive circular headquarters a local landmark in Hollywood, California. They were best known as being the U.S. label for The Beatles, particularly during the 'Beatlemania' years. Their roster has also included acts like Frank Sinatra, Nat King Cole, Peggy Lee and The Beach Boys.