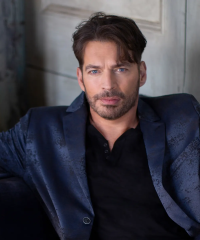 Joseph Harry Fowler Connick Jr. is an American singer, pianist, composer, actor, and television host. He has sold over 28 million albums worldwide. Connick is ranked among the top 60 best-selling male artists in the United States by the Recording Industry Association of America, with 16 million in certified sales. He has had seven top 20 US albums, and ten number-one US jazz albums, earning more number-one albums than any other artist in US jazz chart history.

Connick's best-selling album in the United States is his Christmas album When My Heart Finds Christmas (1993). His highest-charting album is his release Only You (2004), which reached No. 5 in the US and No. 6 in Britain.