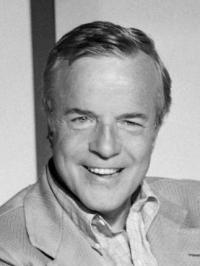 Gian Franco Corsi Zeffirelli was born in Florence on 12th February 1923, and studied art and architecture in his home city before working briefly as a radio actor; his childhood passion for the theatre was rekindled in earnest in the mid-1940s, after seeing Laurence Olivier’s film of Shakespeare’s Henry V, and his early work as a designer (and later assistant director) included collaborations with Roberto Rossellini and Luchino Visconti, who became his lover.

He made his first forays into directing as well as designing opera in the 1950s, initially in his native Italy and subsequently further afield, establishing close relationships with both Joan Sutherland and Maria Callas; he directed the 1959 Covent Garden production of Lucia di Lammermoor which made Sutherland an international star (a Guardian review of the opening night observed that ‘Zeffirelli deserves his place in the catalogue of excellence’), and also created the now-iconic staging of Tosca which Callas debuted at the same theatre in 1964, with Tito Gobbi as Scarpia (‘I all but jumped off the parapet at the end to ensure everything was perfect’, Zeffirelli declared some 45 years later).

From the late 1960s onwards Zeffirelli forged a hugely successful film career in parallel to his work in the theatre, and his approach to opera was often grandly cinematic – teeming with supernumeraries and even on some occasions livestock, his large-scale, no-expense-spared productions were eminently suited to the enormous stages of the Metropolitan Opera and in particular the open-air amphitheatre of Verona.

He also directed several critically-acclaimed film-versions of operas, including a 1982 Cavalleria rusticana and Pagliacci (filmed partly on location in Sicily), and a BAFTA-winning 1983 Traviata starring Teresa Stratas and Plácido Domingo. Though the standard Italian repertoire was his main enthusiasm, Zeffirelli also directed and designed the premieres of several new operas, including Samuel Barber’s Antony and Cleopatra, which opened the new Metropolitan Opera in 1966; Zeffirelli also prepared the libretto from Shakespeare’s original text.

Shakespeare was Zeffirelli’s other great passion; shortly after his landmark Lucia with Sutherland, he directed Judi Dench and John Stride in Romeo and Juliet at the Old Vic, and eight years later his film of the play (starring Olivia Hussey and Leonard Whiting, with an unseen Olivier delivering the prologue and Nino Rota providing the soundtrack) saw him nominated for an Oscar, a Golden Globe, and a BAFTA for Best Director. His filmography also included The Taming of the Shrew with Elizabeth Taylor and Richard Burton, Hamlet (1990) with Mel Gibson, Helena Bonham Carter and Glenn Close, and the 1977 mini-series Jesus of Nazareth, with Robert Powell in the title-role and Hussey as his mother.

Find out more at https://en.wikipedia.org/wiki/Franco_Zeffirelli