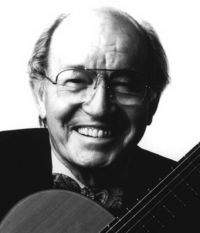 Charlie Lee Byrd was an American jazz guitarist. Byrd was best known for his association with Brazilian music, especially bossa nova. In 1962, he collaborated with Stan Getz on the album Jazz Samba, a recording which brought bossa nova into the mainstream of North American music.