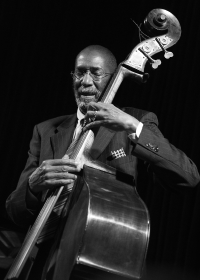 Ronald Levin Carter is an American jazz double bassist. His appearances on 2,221 recording sessions make him the most-recorded jazz bassist in history. Carter has two Grammy awards. Carter is also a cellist who has recorded numerous times on that instrument.