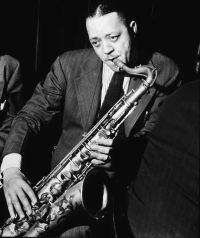 Coming to prominence while a member of Count Basie's orchestra, Young was one of the most influential players on his instrument. In contrast to many of his hard-driving peers, Young played with a relaxed, cool tone and used sophisticated harmonies, using what one critic called "a free-floating style, wheeling and diving like a gull, banking with low, funky riffs that pleased dancers and listeners alike".

Nat Hentoff said the Kansas City Six sessions would be the record he'd rescue if his building was on fire... 80 years on they're still worth the risk.