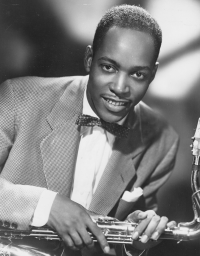 Edward Hammond Boatner Jr. known professionally as Sonny Stitt, was an American jazz saxophonist of the bebop/hard bop idiom. Known for his warm tone, he was one of the best-documented saxophonists of his generation, recording more than 100 albums. He was nicknamed the "Lone Wolf" by jazz critic Dan Morgenstern because of his relentless touring and devotion to jazz. Stitt was sometimes viewed as a Charlie Parker mimic, especially earlier in his career, but gradually came to develop his own sound and style, particularly when performing on tenor saxophone.