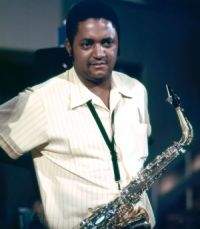 Oliver Edward Nelson was an American jazz saxophonist, clarinetist, arranger, composer, and bandleader. His 1961 Impulse! album The Blues and the Abstract Truth (1961) is regarded as one of the most significant recordings of its era. The centerpiece of the album is the definitive version of Nelson's composition, "Stolen Moments".

Classic Recordings,  The Blues and the Abstract Truth

One of the unsung trailblazers of 60s jazz, Oliver Nelson's The Blues and the Abstract Truth is some of his most widely-remembered work, and just so happens to feature a killer line-up including Eric Dolphy and Freddie Hubbard. We take a look back at Nelson's unique, contemporary interpretation of the blues.