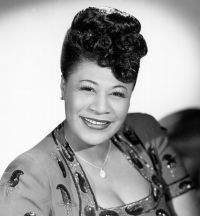 Ella Jane Fitzgerald was an American jazz singer, sometimes referred to as the "First Lady of Song", "Queen of Jazz", and "Lady Ella". She was noted for her purity of tone, impeccable diction, phrasing, timing, intonation, and a "horn-like" improvisational ability, particularly in her scat singing.

After a tumultuous adolescence, Fitzgerald found stability in musical success with the Chick Webb Orchestra, performing across the country but most often associated with the Savoy Ballroom in Harlem. Her rendition of the nursery rhyme "A-Tisket, A-Tasket" helped boost both her and Webb to national fame. After taking over the band when Webb died, Fitzgerald left it behind in 1942 to start her solo career. 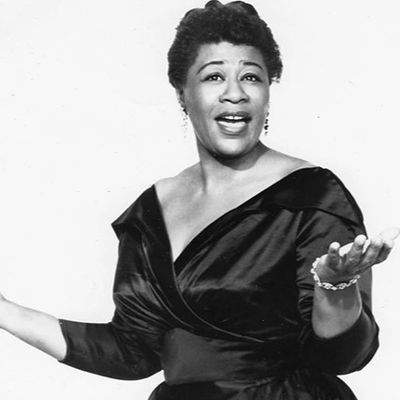 Ella Fitzgerald’s take on classic Cole Porter tunes served not only as the beginning of the now-legendary Verve Records, but a springboard for the singer that reinvigorated her mid-career.