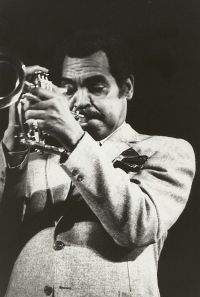 Arthur Stewart Farmer was an American jazz trumpeter and flugelhorn player. He also played flumpet, a trumpet–flugelhorn combination especially designed for him. He and his identical twin brother, double bassist Addison Farmer, started playing professionally while in high school. Art gained greater attention after the release of a recording of his composition "Farmer's Market" in 1952. He subsequently moved from Los Angeles to New York, where he performed and recorded with musicians such as Horace Silver, Sonny Rollins, and Gigi Gryce and became known principally as a bebop player.