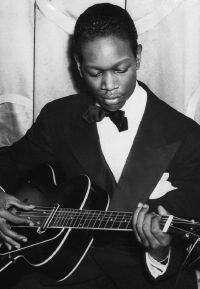 Charles Henry Christian was an American swing and jazz guitarist.

Christian was an important early performer on the electric guitar and a key figure in the development of bebop and cool jazz. He gained national exposure as a member of the Benny Goodman Sextet and Orchestra from August 1939 to June 1941. His single-string technique, combined with amplification, helped bring the guitar out of the rhythm section and into the forefront as a solo instrument. For this, he is often credited with leading to the development of the lead guitar role in musical ensembles and bands.