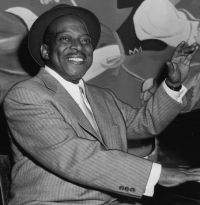 William James "Count" Basie was an American jazz pianist, organist, bandleader, and composer. In 1935, he formed the Count Basie Orchestra, and in 1936 took them to Chicago for a long engagement and their first recording. He led the group for almost 50 years, creating innovations like the use of two "split" tenor saxophones, emphasizing the rhythm section, riffing with a big band, using arrangers to broaden their sound, and others. Many musicians came to prominence under his direction, including the tenor saxophonists Lester Young and Herschel Evans, the guitarist Freddie Green, trumpeters Buck Clayton and Harry "Sweets" Edison, plunger trombonist Al Grey, and singers Jimmy Rushing, Helen Humes, Thelma Carpenter, and Joe Williams. 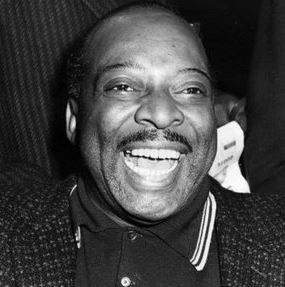 Matt explores the origins behind the Count Basie Band's 1957 comeback album The Atomic Mr. Basie, a big band tour de force with state of the art compositions by Neal Hefti... the man who would go on to write the Batman theme!