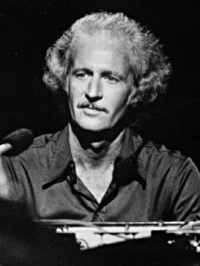 Mose John Allison Jr. was an American jazz and blues pianist, singer, and songwriter. He became notable for playing a unique mix of blues and modern jazz, both singing and playing piano. After moving to New York in 1956, he worked primarily in jazz settings, playing with jazz musicians like Stan Getz, Al Cohn, and Zoot Sims, along with producing numerous recordings.

He is described as having been "one of the finest songwriters in 20th-century blues." His songs were strongly dependent on evoking moods, with his individualistic, "quirky", and subtle ironic humor. His writing influence on R&B had well-known fans recording his songs, among them Pete Townshend, who recorded his "Young Man Blues" for the Who's Live at Leeds album in 1970.