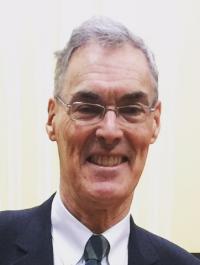 Roger Vignoles (born 1945 in Cheltenham) is widely regarded as one of the finest song-pianists of his generation; educated at Magdalene College Cambridge and the Royal College of Music, he began his career as a repetiteur at Covent Garden and cites Gerald Moore as the inspiration for his move into song repertoire. Vignoles has worked regularly with some of the world’s finest singers, including Sir Thomas Allen, Anne Sofie von Otter, Sarah Walker, Dame Kiri Te Kanawa, Bernarda Fink, Lorraine Hunt Lieberson, Florian Boesch and Véronique Gens.

His vast discography includes a Strauss song series (which he himself curated) on Hyperion with singers including Christine Brewer, Christopher Maltman, Elizabeth Watts and Andrew Kennedy, a song recital with bass-baritone Jonathan Lemalu (which won the Debut Recording prize at the 2002 Gramophone Awards), Wigmore Hall Live recitals with Hunt Lieberson, Brewer, Robert Holl, Miah Persson and Angelika Kirchschlager, and the complete Duparc songs with Sarah Walker and Sir Thomas Allen.

Find out more at https://en.wikipedia.org/wiki/Roger_Vignoles