It has been interesting (to me at least) how my appreciation for pre-bebop jazz has grown over the past few months, to the point whereby records that I previously had trouble locking into - often sounding like pleasant yet homogenous background music for a Keystone Cops short - are now leaping out with all sorts of new colours and textures. A particular stumbling block with early jazz is the lo-fi audio quality, which can at first make the music seem preserved in aspic rather than delivering the full thwack of jazz recordings from the fifties onwards, especially not really being able to feel the bass or get much detail on the drums. Once you start researching this area and get some context around the sessions, and understand a bit more of the larger-than-life personalities fuelling this largely fast-paced music, individual tracks start to slide into focus and the sound limitations fall away, with your inner ear filling in any missing details. 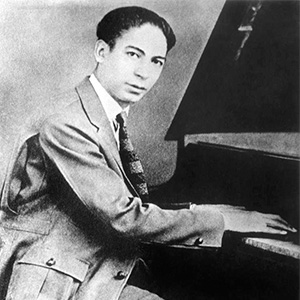 Jelly Roll Morton is credited as being one of the very first major figures in jazz, and nobody was keener to state this than Morton himself. Born in New Orleans in 1890, Morton started learning piano aged 10, and was playing in Storyville bordellos soon after. Although he tried a number of other professions - including working as a comedian, or hustling as a gambler, pool player and even a pimp - music was his passion, and by the time he moved to Los Angeles in 1917 he was jazz’s most innovative pianist. It was the move to Chicago in 1923 that heralded his most creative period, though, and this was where he recorded his classic solo and group sessions.

My first taste of Morton’s music was from his solo piano recordings, which I had read are cornerstones of jazz piano. If you’re coming in dry, they can tend to blur into one another if listened to in one sitting, so I would recommend starting with the Red Hot Peppers group recordings of the mid-to-late twenties in order to best appreciate Morton as a composer. There is nothing generic about this music, as Morton comes fresh to each and every tune; compare The Chant with Sidewalk Blues, both of which have completely different formal schemes. Black Bottom Stomp highlights the dizzying array of tone colours he was able to draw from varying combinations of instruments in his groups, made up of some the finest players of the day like Edward ‘Kid’ Ory on trombone, Omer Simeon and the legendary Johnny Dodds on clarinet, and the inventive drummer Andrew Hilaire.

It seems to me that the fundamental difference between artists like Louis Armstrong and Morton is that with Louis we marvel at an improvisational genius at work on brilliant tunes. To pick up the silent movie analogy again, a Jelly Roll tune is much more pictorial, like following the story of that Keystone Cops one-reeler. Sidewalk Blues even features car horn and ambient noise (contemporaneous and oblivious to the likes of Edgard Varèse and George Antheil in the classical world). Duke Ellington was fast building upon the foundations that Morton was laying here - the attention to texture, and the contrasting sections that keep forward momentum - but in the mid-twenties Morton was the master. Morton’s wild imagination made every tune its only madcap universe, which is why I’m a sucker for it. 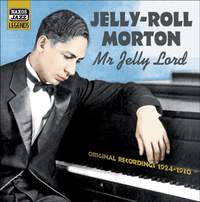 A solid collection of the prime Jelly Roll Morton cuts with the Red Hot Peppers.