Recording of the Week,  Orbit Folks 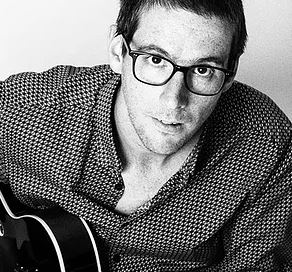 Belgian bassist and composer Martijn Vanbuel is a new name to me, but the mention of a Tortoise influence in the press release piqued my interest for this, the second album by his group Orbit Folks. Something of a nomadic soul, having lived in Paris, Shanghai and Taipei among other places, Vanbuel’s travels have clearly fed back into his music, with a number of influences evident on Six from Africa to the Far East (Vanbuel is a member of Taiwanese world-jazz fusion group Sizhukong, possibly accounting for some of the more exotic scales in his compositions.)

Although the line-up is fairly standard for a jazz sextet - Carlo Nardozza (trumpet), Lennert Baerts (sax), Tim Finoulst (guitar), Mike Roelofs (keyboards), Daniel Jonkers (drums) with Vanbuel on bass –they achieve a remarkably distinctive sound of their own. Finoulst and Roelofs often play in a staccato style creating gamelan-like textures that do indeed recall mid-nineties Tortoise (and by extension Steve Reich who influenced them in that period). I am guessing Roelofs plays most of the percussive mallet sounds on his keyboards, in which case props to him as they sound natural. His synth solo on Kaleidophone is fun, sounding like an amalgam of a synth voice and flute that shouldn’t work on paper but perversely does. In fact, an abiding impression of Six is one of sunshine – a good example being the warm rays of Baerts’s sax solo on Kaleidoscope Africaine.

Switchery demonstrates the relaxed grooves the band is capable of and features a sweet trumpet solo from Nardozza. Only occasionally did I find some of the horn arrangements verging on the generic, and I would like to hear Vanbuel push the experimentation a little further beyond the band's collective comfort zone, but these are minor quibbles that didn’t detract from my enjoyment. Vanbuel’s arrangements work well, keeping each track flowing and plenty of opportunities for players to shine in their solos. He’s no slouch on the bass either, with an especially fluid solo on The Ant Colony. Recommended as a thoroughly enjoyable listen, I await these folks’ next steps with interest. 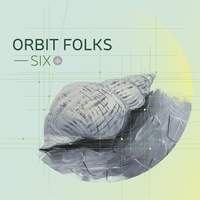