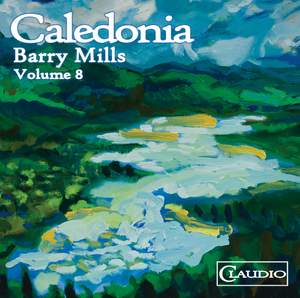 Mills, B: Four Places in Tenerife

Mills, B: Swords into Ploughshares

"Barry Mills was born in 1949 and is for the most part self-taught as a composer. He obtained a degree in Biochemistry from Sussex University in 1971, returning there in 1976-77 to pursue an MA in Music, studying analysis with David Osmond-Smith and David Roberts and composition with Colin Matthews and Ann Boyd. Seven CDs of his music have been issued by Claudio Records. Thalia Myers commissioned the piano piece ""Clouds"" from him for the Spectrum 2 collection published by the Associated Board and recorded by her on the NMC double CD ""Spectrum"". This piece was issued by the Associated Board as a Grade 3 set piece in August 2002. Caledonia was composed for Nathaniel Mander and is in three movements. Each movement opens with imagistic music, followed by arrangements of Scottish folk tunes."