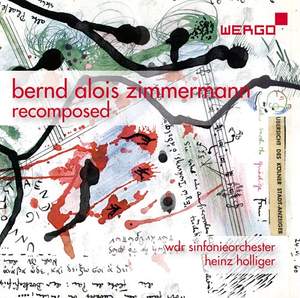 Bernd Alois Zimmermann (1918–1970) was one of the most distinctive composers in the musical avant-garde after the Second World War. While Karlheinz Stockhausen served as a kind of ‘generator’ in Cologne during the 1950s and 60s, inventing completely new sounds and techniques, Zimmermann was in many ways his opposite, a ‘transformer’ who redefined previously existing material by placing it in new contexts and collage-like structures, anticipating the ideas of the Postmodernists. This new release from WERGO presents a fresh perspective onthe composer Bernd Alois Zimmermann, whose tragic suicide shortly after the completion of “Stille und Umkehr” shocked the musical world. His fascinating instrumental effects and his embrace of popular and traditional music make his works feel much more at home in our contemporary world than they did in the cultural atmosphere of his time, with its faith with technology and progress.