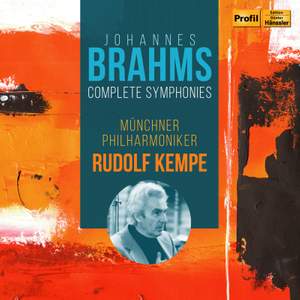 For a long time Johannes Brahms was considered the epitome of conservatism who, contrary to the disciples of Wagner and Liszt, fell back on old forms, which allegedly had no power anymore. Indeed, Brahms was an expert on music of the past, going back tiII the polyphonic composers of the 16th century. He made use of old patterns such as the variation and the interrelated passacaglia. He adopted the traditional four-movement symphony and its juxtaposition, respected the pattern of the sonata form and did hardly go beyond Beethoven when it came to instrumentation. However, the perception of Brahms as a "reactionary", as it was initially argued by Nietzsche and later by the circle of Wagner and Richard Strauss, is unsustainable. No one less than Arnold Schoenberg has recognised the fundamentally different, which divided the composer Brahms, particularly as composer of symphonies, from the masters of the classical sonata and symphony in his famous paper "Brahms, der Fortschrittl iche" (Brahms the progressive)