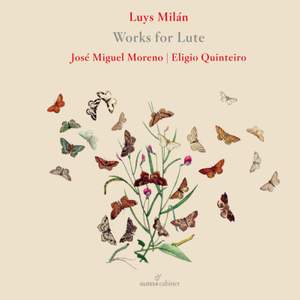 Which in English means: "I know full well that Music is meant to speak to the heart of man, and to that end I strive to the best of my abilities: Music without feelings or passions is meaningless."

For his recording, he devised - in keeping with the performance practice of the time - an additional instrumental line in the manner of a second voice or counterpoint for the pieces by Luys de Miln (ca.1500-1561), which were originally intended for performance by one player.