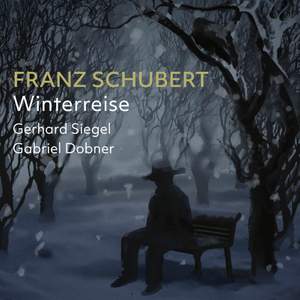 The internationally-renowned German tenor Gerhard Siegel is joined by acclaimed pianist Gabriel Dobner to produce this wonderful performance of Schuberts song cycle Winterreise. Detailing the despair of a broken heart, the songs trace the singers decline as he takes his winter journey away from the house of his beloved towards a void of desperation. Gerhard is a singer ideally equipped to portray such a dramatic scenario in song. He has sung much of the German operatic repertoire, including roles by Wagner, Berg and Richard Strauss, with a dramatic intensity and precision that has made him one of the most in-demand tenors of his generation. In his native Germany he has sung at opera houses in Berlin, Munich, Kln, Bayreuth and Dresden, and internationally he has performed in New York, Chicago, London, Paris, Montpellier, Vienna, Bregenz, Salzburg, Zurich, Geneva, Madrid, Amsterdam and Tokyo.