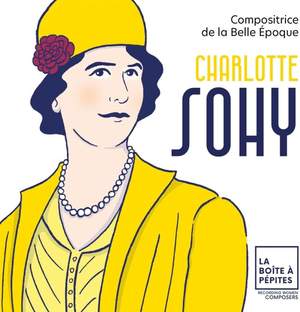 ‘Charlotte Sohy - Compositrice de la Belle Epoque’ is the first album released La Boîte à Pépites (the Jewel Box) on 30th September. Charlotte Sohy (1887-1955) composed around 35 works and here her Piano, Chamber and Orchestral pieces are spread across 3CDs and, with the exception of the Rustic Triptych, this is the first time these pieces have been recorded. The decision to devote the very first album to Charlotte Sohy arose from Founder & Artistic Director Héloïse Luzzati’s encounters with conductor Debora Waldman and Charlotte Sohy’s grandson François-Henri Labey. Thanks to immense amounts of work and incredible devotion to the task, the latter was able to preserve and digitise all of his grandmother’s compositions, thus providing the scores without which the present set of CDs would have been impossible. The album is available in a 3CD box set with beautifully illustrated booklet notes, as well as via online streaming platforms and download. The label has also created an illustrated video telling the fascinating story of Charlotte Sohy.